Today we got a Cooper's hawk at the animal shelter. The man from the raptor rescue who came and got it said it was actually still young, as large as it was. He said it probably had just left its nest. 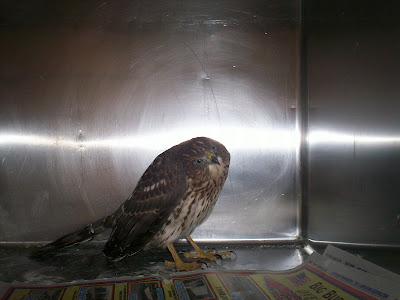 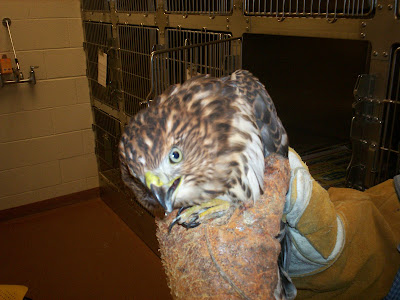 Also, if your dog gets loose, make sure it's friendly, especially towards any cop that might pick it up. Today wasn't the first time a cop brought in a dog and told me he was going to give the owner a ticket because the dog played hard to get. Technically they can give a ticket to every single owner whose dog is loose, since there's a leash law, but they normally don't bother, unless, as I said, the dog causes them problems.
Posted by The Writer at 5:57 PM