Child's coworker switched Days Off with her, so I was left with a day with no user studies to conduct and time on my hands. I headed down to the animal shelter, where things were moderately busy.

There was a border collie mix that I played with for a few minutes: 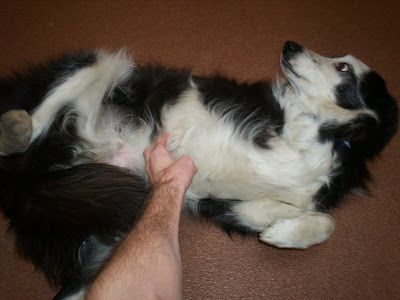 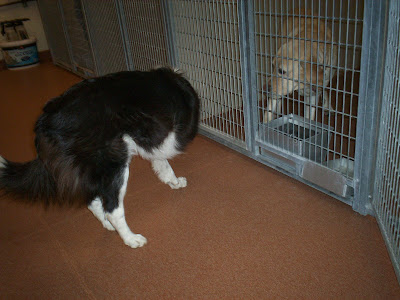 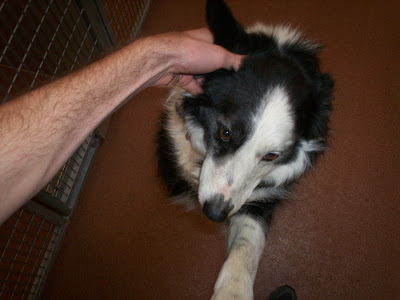 And we had a lab mix that had nine puppies a while ago. Today was their first day trying out "real food," although their little teeth were plenty sharp.

Their meal consisted of puppy food softened with warm water, mixed with meaty chunks of food samples, and garnished with liquid food meant to be fed through an IV (hey, we figured it had to have just about every vitamin and nutrient in it).

Yes, it's being prepared on the lid of a trash can (well washed). The idea was that it was the only thing big enough to seat nine, but then I made that rather moot by putting the food in the middle of it rather than around the edges. 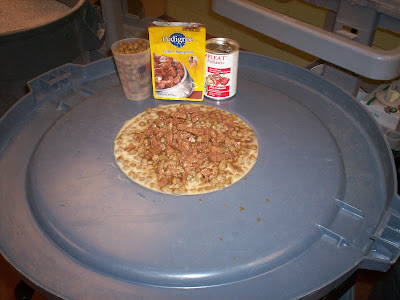 The puppies' mother had been removed to let them eat in peace, and they were just starting to settle down for a nap when I took the food in. 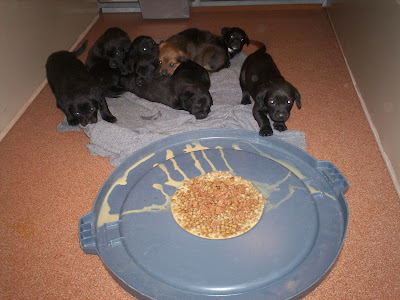 It didn't take long for them to wake up, and pretty soon it wasn't a problem that I had piled the food in the middle of the trash can lid; the puppies took care of spreading it around. 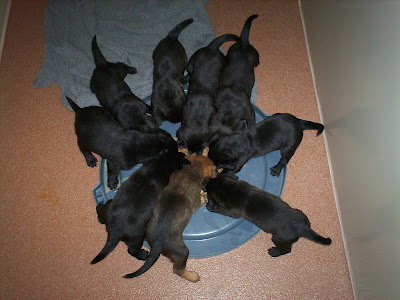 And now, if you passed by the pictures of the border collie with nothing more than a "Oh, that's cute," Sherlock Holmes would cluck his tongue at you. Go back and look at the pictures again.
Posted by The Writer at 6:23 PM

What am I looking for? lol

They're all cute. The yeller lab too. :)

The border collie only has three legs. ;)

:-O I totally didn't notice that, even after going back. Doggies are so awesome at coping without complaint. :)