This weekend, a few friends and I did some canyoneering. We went through a canyon called The Squeeze in the southern part of the San Rafael Swell, in the Moroni Slopes to be exact. After driving through some back roads, we finally reached a tee in the road. Left led to a different canyon, right led to The Squeeze, and straight forward went off a cliff, but fortunately there was a sign forbidding the latter choice. Because, you know, we were considering driving straight off the cliff. 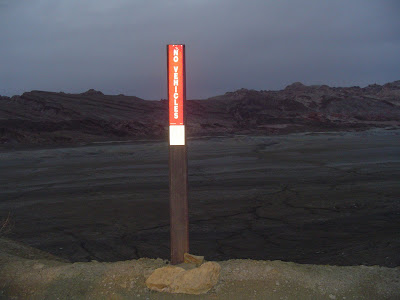 At the bottom of the picture you can see the Muddy River, which we followed on our way in. When the Muddy River disappears in to shadow, you can see a large canyon splitting off to the left. That's the Squeeze. We had already been hiking for an hour, and we then had to hike from where I took the picture all the way to the across the hills to the top of the Squeeze. All in all it took maybe three hours? 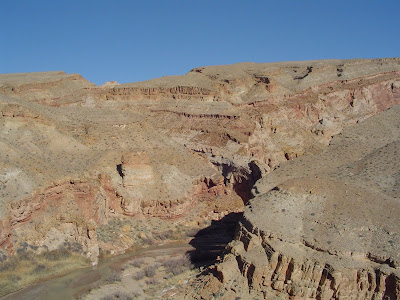 The four of us who went were Corin, me, Mike (Randall's brother), and Randall. The Squeeze is known for having keeper potholes full of icy cold water, so we all brought our heaviest wetsuits. As it turned out, the canyon was almost completely dry. We still got wet, but it was just from sweating in our wetsuits, so eventually we peeled back the top half. 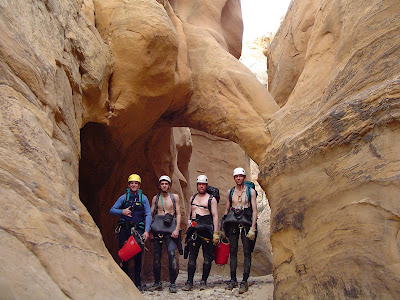 We did find some water, however. Some of it was okay, but there was the usual nasty collection of floatsam that had been stewing in a pothole for who-knows-how-long, probably with dead things sitting at the bottom of it. 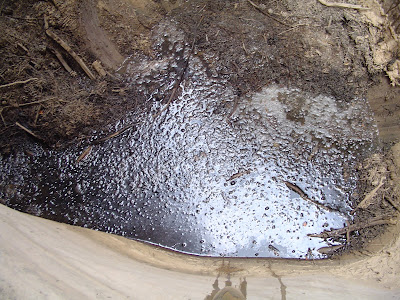 And I thought these green bubbles so intriguingly-nasty that they deserved a picture of their own. 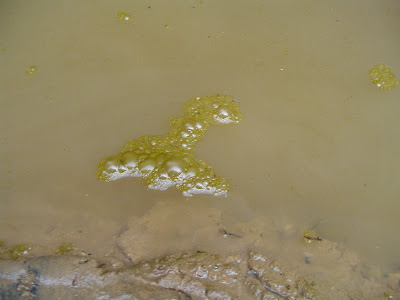 Like I said, we did come across enough water in places to keep us from removing our wetsuits completely, but not until we had taken them off and put them on several times. 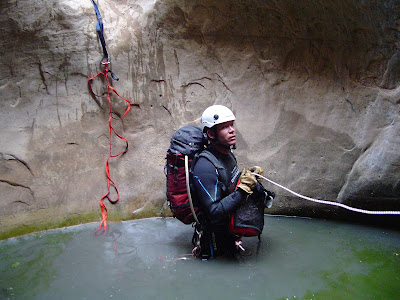 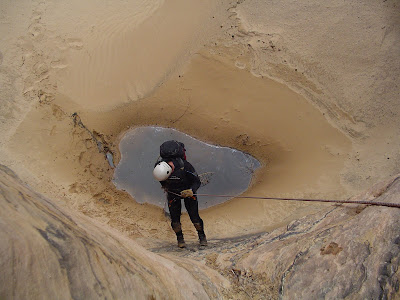 There were quite a few rappels, probably a couple dozen, but only two long ones. The following rappel is one of the 100-footers, although it was a two-stage rappel: 70 feet to the first ledge then another 30 feet to the bottom. 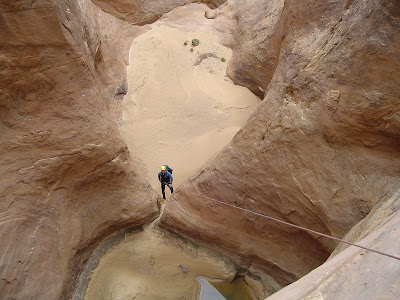 It always amazes me when I come across flowers in the desert. They just look so out-of-place among the sand and rocks. 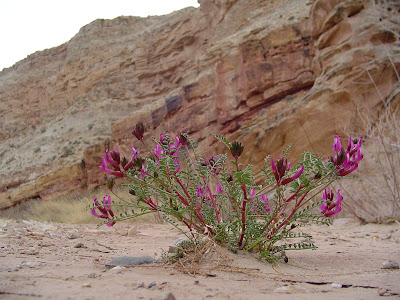 Hiking to the head of the canyon we followed the Muddy River, but coming back we had on our water shoes and wetsuits so we just went straight through. To illustrate how winding this river was, we crossed it 8 times retracing. 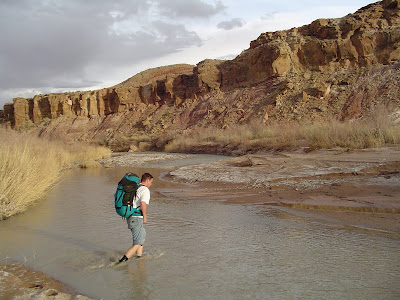 The Hangin' Tree. Got a complainer in your group? Make a stop here. 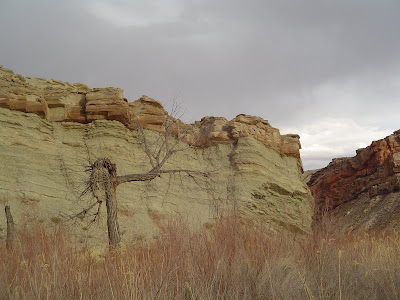