A few months ago when I first started fiddling around with Google Gadgets, I tried to think of something useful I could make. Then I got a Good Idea.

I went to a website that listed the top 100 sites of the internet, then started going down the list, checking to see if each website had an associated Google Gadget. Wikipedia did, CNN did, etc. etc. Then, I found one that didn't: Bloomberg.com. It's a financial website of some sort.

So, I made a gadget that simply displayed the headlines from Bloomberg's site, and uploaded it to the directory. Now it gets an average of 675 users a day. 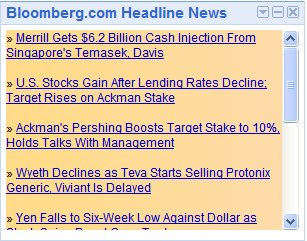 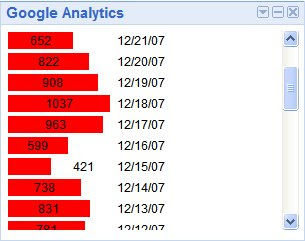 (I was also just informed by Child that the entire time she read "Where the Red Fern Grows," she was picturing the two dogs as dachshunds.