Today, Acouchi experienced catnip for the first time. This catnip-infused object used to be a ball. 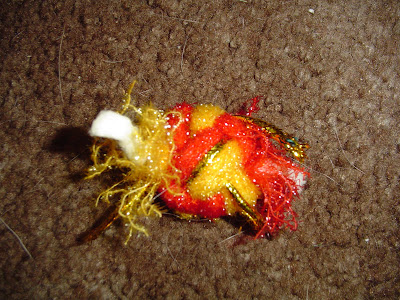 From the way Child reacted when I suggested getting the catnip, I think she expected small valuables around the house to start disappearing as Acouchi pawned them off to support a newly acquired catnip-habit; then Acouchi would become sullen, unresponsive and defensive, wreck the family car while high on catnip, then end up at a low-paying dead-end job flipping burgers in between stints at the county jail. 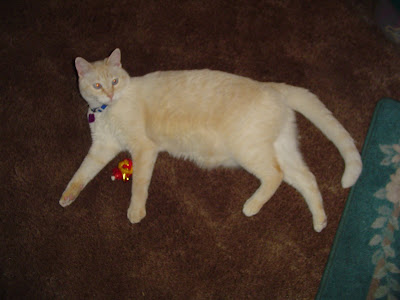 What the? Acouchi has had catnip before. Apparently I did not inform Kayla of this. I am an enabler! I am a drug lord!!

...hmmm...can I convince you that Acouchi owes me money from the last time I supplied her? Bwahahaaa!!