On September 29, Child and I, along with a couple other friends, went through High Spur Canyon. For a last-minute decision ("Spur" of the moment? Ha ha!) it was an amazingly fun canyon. It was in the Robber's Roost area, which I've always found to be rather drab, but this canyon was surprisingly pretty.

Below is a picture of us in the "Corkscrew" section of the canyon; a red staircase of rock that spiraled downwards in giant wavy steps. 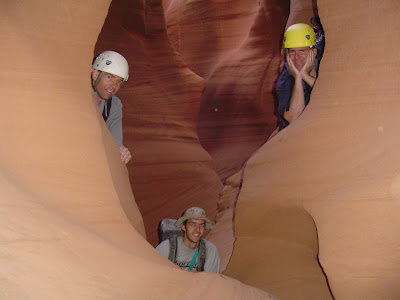 Unlike some slot canyons, High Spur would open up at frequent occasions, before quickly closing into slot again. 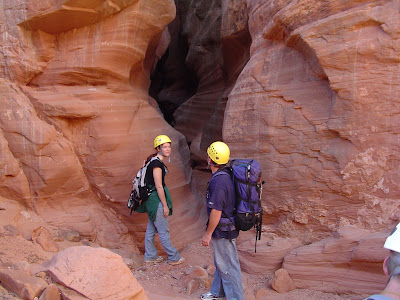 To my surprise, we also encountered water. More exactly, we encountered mud, covered with a thin layer of water. See the further pictures for an illustration. 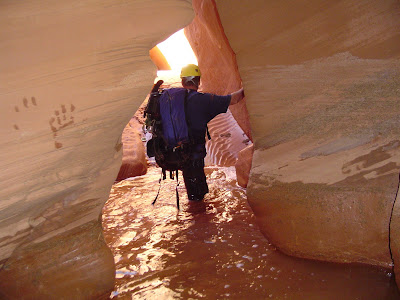 This mud was interesting. It was incredibly slick: one of my friends stood on the shore of a wide, knee-deep pool, and the mud was so slick that he simply slid downhill until he ended up in the middle of the pool. The banks of the pool weren't even that steep! It made very tricky going, however, especially since I hadn't brought my "sticky-shoes," not expecting any water.

At least the mud smelled nice. Sometimes, the mud smells like stale water and rotting animal carcasses (and for good reason: the water is stale and has rotting animal carcasses floating in it). This canyon, however, had collected enormous amounts of pine needles (see picture below) which not only solidified the mud slightly, but gave a nice scent to the air and a nice tickle to bare feet wading in it.

At times, however, even the solidifying power of the pine-needles wasn't enough. There was a point where my feet would touch ground under six inches of water, then continue to sink until I was mid-thigh deep in mud. Walk fast and think light thoughts! ...and pixie dust would be handy also. 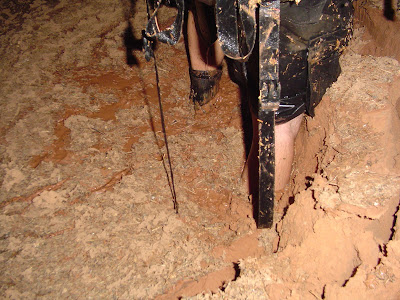 The trip was a little cool and incredibly windy, although nothing I couldn't stand in a short-sleeve trip for most of the hike. However, on the drive home through the mountains, we ran into the first snowfall I had been in this year. I wish we had had the inclination at the time to stop and get some more pictures, because it was pretty. The windward side of the pine trees turned white with blown snow while the lee sides stayed green, with the whole scene interspersed with small patches of brilliant gold deciduous trees.

At this point, however, my camera was full and I was scrambling to delete pictures of Child's mother's 50th birthday-party cookies to make room, but we were past the prettiest parts by the time I finished. It's hard to get good pictures through a moving car window anyway. 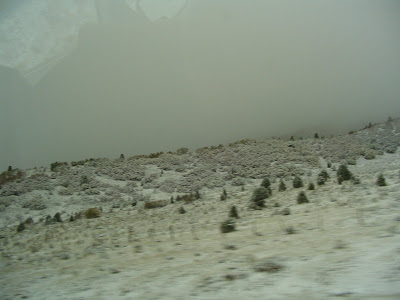 Overall, a wonderful camera and one I'd definitely do again. Watch out for the drive there, though. Once you get down to the area, it's still another two or three hour drive over four-wheel drive roads to get to the actual canyon.
Posted by The Writer at 6:39 PM