It's always fun looking through the pictures on your digital camera when you haven't emptied it in a while. So, without further ado, here is the last couple weeks in review.

Okay, one further ado: "Starting with the most recent event and working back, since for some weird reason BlogSpot uploads pictures in reverse order of what you selected:"

Ripe tomatoes! We actually have a lot more now, but these were the first two. 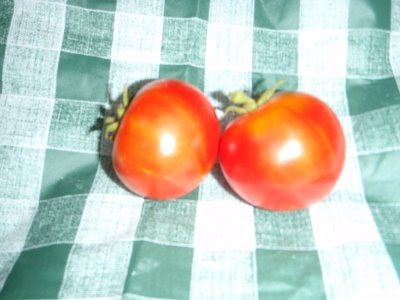 My dryer-vent cleaning tool. Three screws stuck through a metal lid and duct-taped to a broom handle. On the other end: a flashlight. The broom handle is stuck into the vent, and lint is scraped out.

I'm worried that I only succeeded in shoving the lint further in... 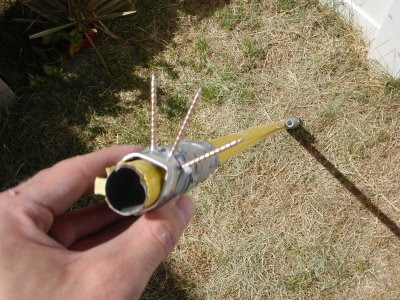 No- yet-ripe tomatoes! Would have been cooler if you hadn't already seen pictures of the finished product. This is why BlogSpot is wrong to put pictures in reverse order. 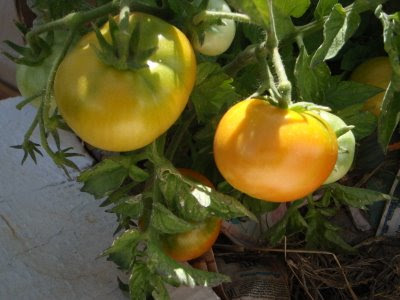 Grasshoppers ate the three pepper plants on the ground into nubbins. In revenge, I invented a new use for grasshoppers: cat toys. Acouchi loves them. 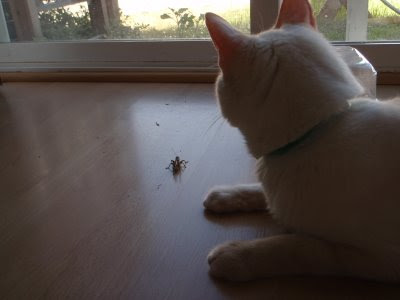 Child's Fourth of July dessert! It was amazing! 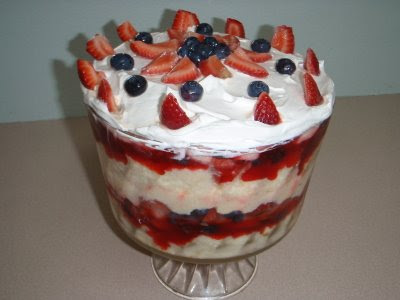 As it turns out, I thought I had more pictures to post, but the rest are of people and events who I understand would rather remain un-Internet-posted. I wasn't even planning to post their Social Security Number, just their home address and telephone number.
Posted by The Writer at 4:09 PM