Child made me a wonderful Halloween costume this year: 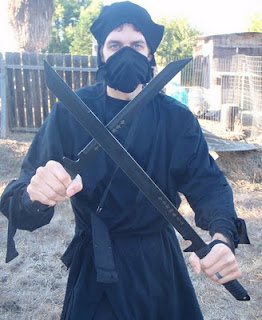 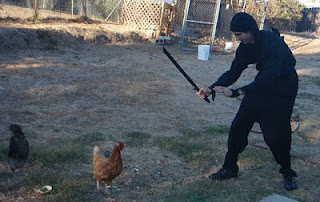 Those poor chickens had no idea who they were up against.  It was a hard-fought battle, four-on-one, but let's face it, the outcome was never really in question.  Besides, there's nothing dishonorable with a retreat in the face of superior numbers.

While strolling through downtown as part of the city's Halloween activities, I noticed this sign on one of the storefronts: 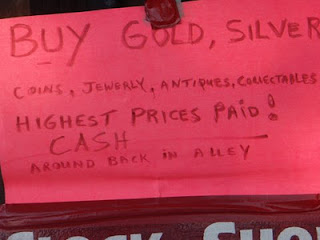 The "around back in alley" part would really seal the deal for me, if I were looking to sell my gold or silver.  You can tell just from that that you're dealing a an upstanding, reputable businessperson.