Friday afternoon (5/28/2010), Child and I left Idaho and drove the four hours down to Provo. There, I dropped her off at her parents' house and drove another four hours down to southern Utah. In the North Wash area, some friends and I hiked a canyon known as "Monkey Business."

I'm not sure if some of the people want their names posted, so I'm going to leave them off. (I've become a little more sensitive to this issue as of late...) 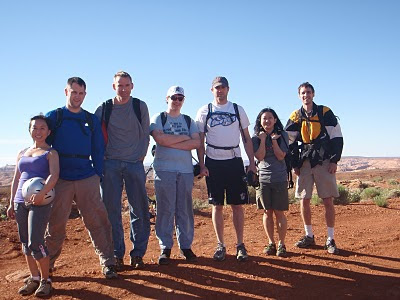 Sometimes it's hard to tell where a canyon really begins. Most of the time, a few shallow gullies through the desert come together into a wash, which eventually turns into a canyon. The wash we started down came to a nice, abrupt drop-off, though, albeit one that could be hiked around and downclimbed. 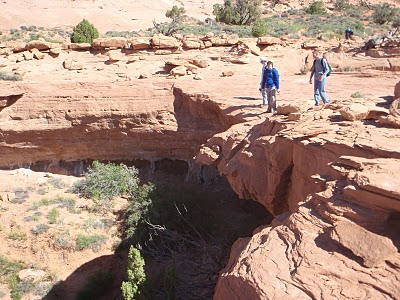 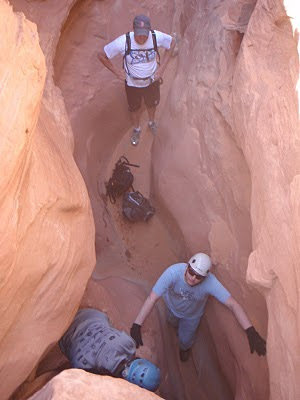 I liked this multi-level shot. Traffic jam in the canyon. Actually, someone else was taking a picture from the front, but for some reason I liked this better. I think it gave a better idea of the 3D nature of canyons. 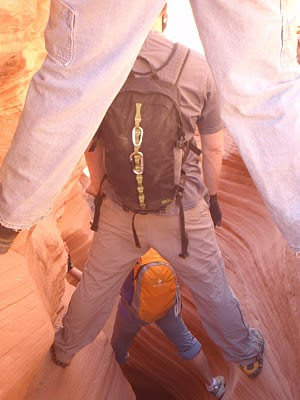 So the below picture isn't anything particularly spectacular, but it amused me. It looks like S. is squeezing through a tight spot, which he is...only this picture isn't right-side up. It's sideways. 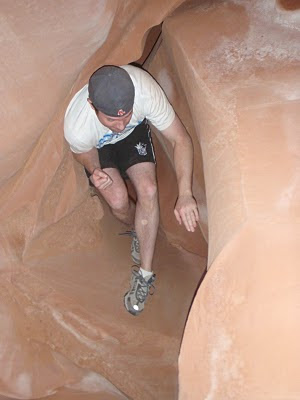 The picture below is actually the correct view. He's lying on his side, squeezing under a boulder. 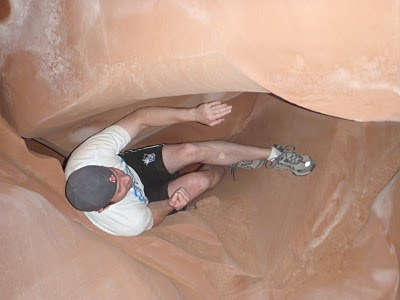 I realized after picking my favorite pictures from this trip that none of them were just normal pictures of the canyon. It's like anything you do a lot: the activity itself becomes a little ho-hum, and it's just the little out-of-the-ordinary things that become interesting. Anyway, I scrolled through the pictures and found this one just to show off the canyon itself. 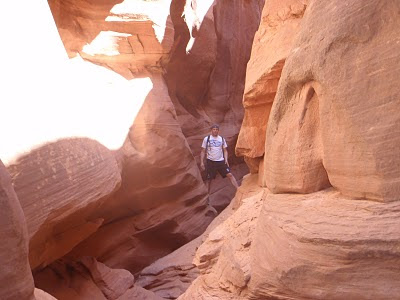 This picture was taken by one of the girls that came on our trip, and I just liked it for some reason. It doesn't have the pretty orange and reds of some of the other parts of the canyon, but it has a very...canyony feel to it. 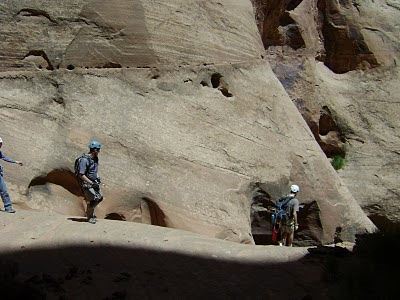 One of the most common canyon creatures you'll see are small lizards. Like the canyon frogs, they have the ability to climb straight up the walls, and they're fun to watch as they scurry around. 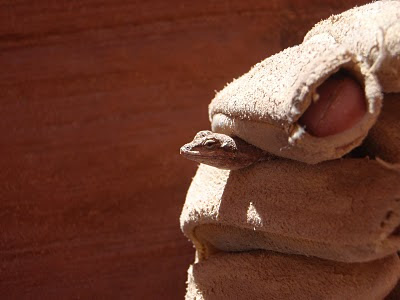 This was one of Child's favorite pictures so I threw it in. 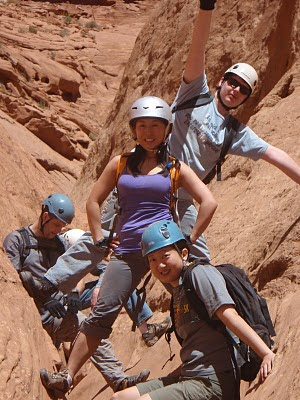 I liked this one. We reached a narrow section of the canyon that was easier to stem over than go through. A lot of the time, the group was spread out so much that it was hard to get a picture of more than a couple people at a time, but this time I managed to catch them all together. 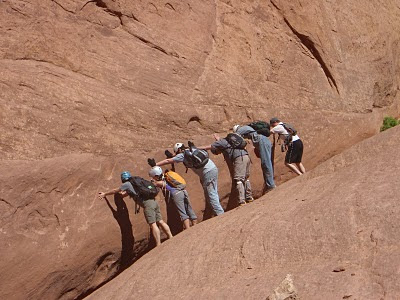 This is what's known as a "guided rappel." The trick is to guide the rappeller into the pool of water. 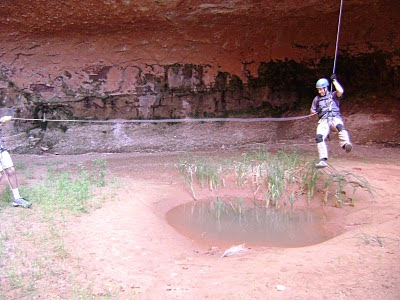 And everyone's least favorite part: the climb out. This climb is known as the "Kelsey Exit," named after the man who first found it, I believe. I've actually been up it once before while leaving a different canyon, and it has only gotten worse. The rock is primarily rotten sandstone, so everything you touch is sandy and slippery. Not only is it steep and hard to climb, but you constantly feel as if your handholds and footholes are going to break, crumble, or slide. Not fun. 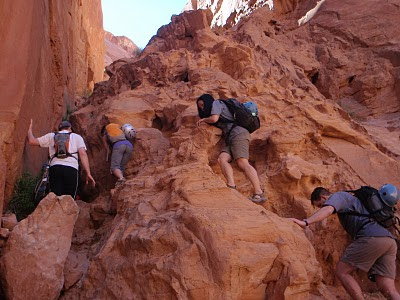 But it finally came to an end. Freedom! 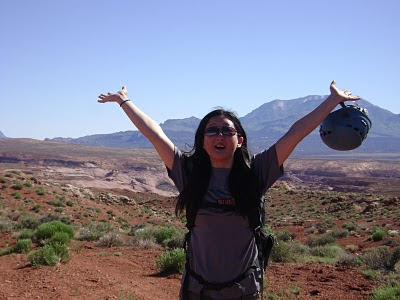 Just so you know, if you ever want to go canyoneering near Escalante, my brother-in-law Nick Smith knows TONS of places to go since he works for Escalante Desert Adventures and is always exploring new places to go. http://www.utahcanyons.com/

Those are some sweet rock formations!