This morning, we decided to trek out to the Civil Defense Caves, which are about a 1/2 hour from Rexburg. After starting with a wrong turn out of the Rexburg dollar store parking lot, I figured we had that all out of our system.

Two more wrong turns later (in my defense, the sign pointing the way had been knocked down), we arrived at the caves. It had sprinkled a little on the way up, but hey, we were going into a cave. The cave was actually a lava tube, where a hard crust had formed over flowing lava, then the liquid lava beneath had drained away leaving the shell behind. Word on the street was that they were called the "Civil Defense Caves" because back in the day, the plan was for the town of Rexburg to move in there if a nuclear war destroyed the world. 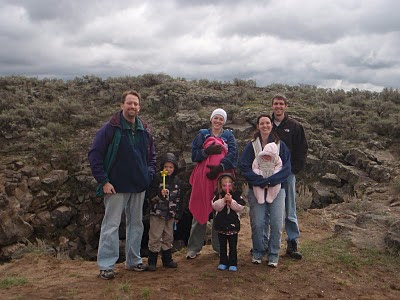 Despite not being the nearby Ice Caves, this cave had plenty of ice in its own right. Some sections of the cave had dozens of these ice balls, formed from water dripping from the ceiling. 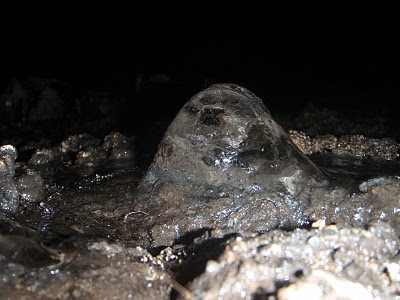 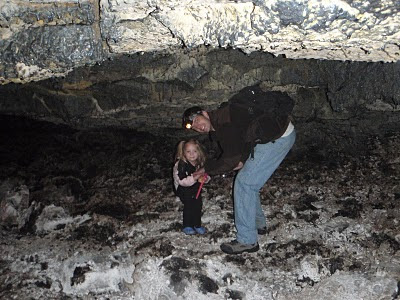 I liked the ice slug crawling up the rock. 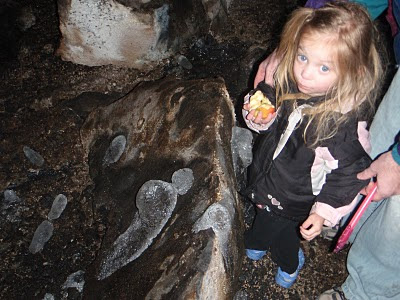 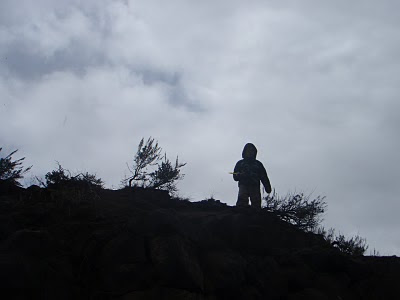 For anyone else wondering where the Civil Defense Caves are located, check out this link