Last month, I went canyoneering through Pandora's Box in the Capital Reef area. Unfortunately, my long-time companion of three or so years of canyoneering finally bit the dust--or to be more precise, the sand. I was worming through a narrow crack and thoughtlessly left my camera case open. When I came out the other end, the case was full of sand and the camera was making funny noises. Shortly thereafter, it died a clicking death.

But I finally have a new camera! Almost identical to the old one, except with 1x more zoom (3x instead of 2x). This also means that I can finally plug in the memory card from the first half of the trip and get the pictures off it. Now, for your viewing pleasure...


Yes, these pictures are in reverse order. That's the way Blogger/I uploaded them, and I'm too lazy to reorder all 8.

This picture is halfway through the canyon. There were some sections that were very slot-y, but this was one of the more open ones. It still had some interesting rock designs, though. 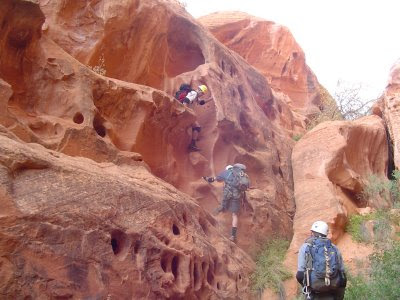 I just liked the way this tree showed through the crack in the rocks. 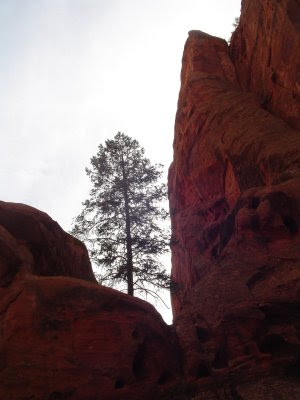 This is actually the beginning of the slot part of the canyon. There was a little water at the bottom of the rappel, so we were switching from our hiking shoes to our canyoneering shoes. 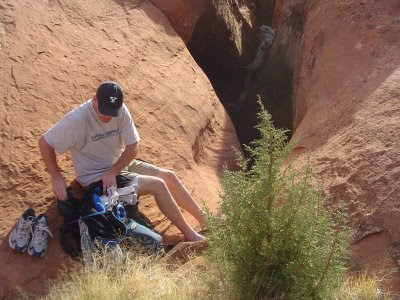 Ironically, to get to the canyon, we had to climb to the top of a plateau. Here's a picture at the top. 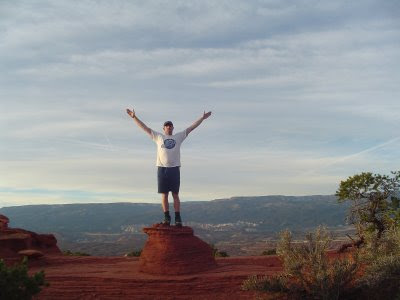 This is what we had to climb to get to the top of the plateau. Before you get too impressed, people actually drive cows up it. It's hard to see, but there is a narrow trail--regardless, getting cows up it had to be an impressive feat. From a few bones halfway up, it was also apparently a non-perfect feat. 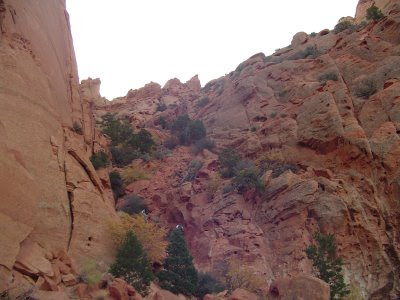 Going back in time, here is a picture from below the mesa. It was incredibly beautiful, which unfortunately doesn't come out in the pictures. As a matter of fact, I remarked to my friend that places like this was why pictures can never replace actually experiencing something. The scattering of stubby trees, loose boulders, crisp mountain air, amazing view... 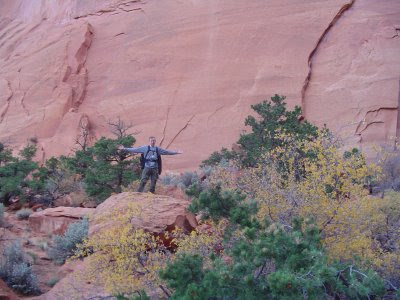 And here is the view from the mesa. 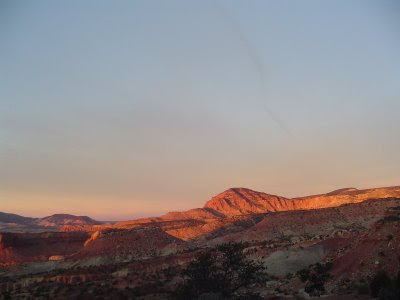 There was a pretty long approach hike, so we started when it was still dark. It was beautiful seeing the sun come up over the mesa. 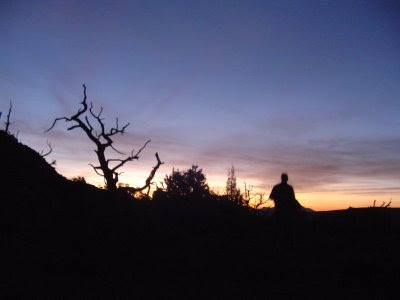